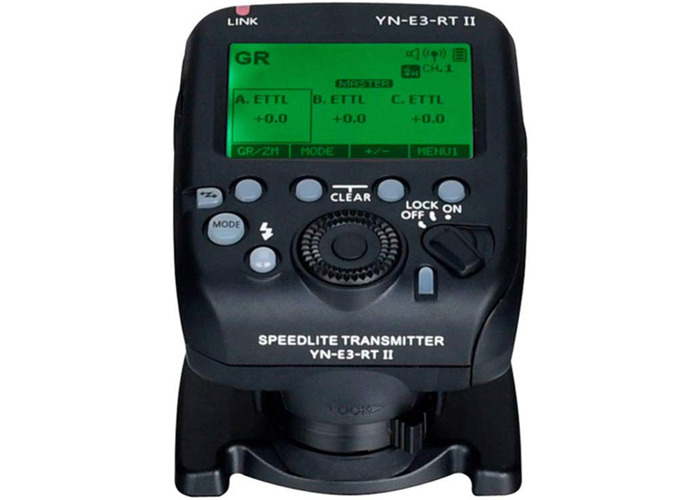 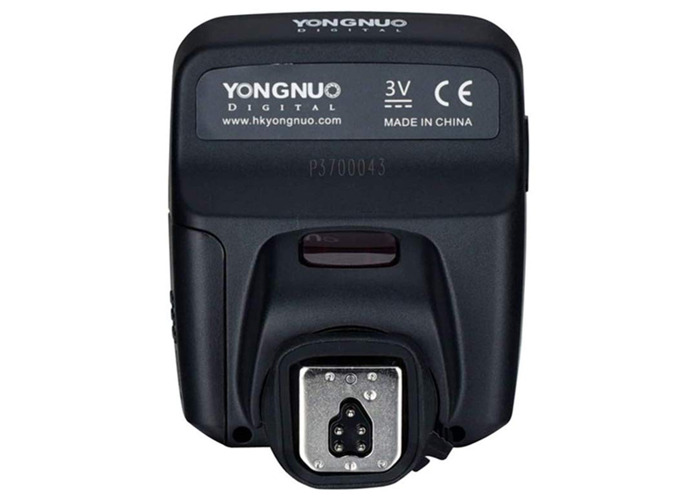 The Yongnuo YN-E3-RT Speedlite Transmitter is directly compatible with the Canon 600EX-RT flash, Canon 430EX III-RT, and a Yongnuo YN600EX-RT flash unit with a built-in wireless receiver. It supports all the features of the Canon ST-E3-RT, as well as few extra features. The YN-E3-RT Wireless Speedlite Transmitter for Canon from Yongnuo is a 16 channel, 5 group wireless triggering device with a 10...0m range. The transmitter offers E-TTL II/E-TTL autoflash, manual flash, stroboscopic flash, auto external flash metering modes as well as 1:8 flash ratio control. Convenience features include flash exposure lock, AF beam focus assist, modelling strobe and 9 custom functions. The YN-E3-RT transmitter will run for 10 hours of continuous use on AA/LR6 alkaline batteries. A power-saving function shuts the unit down after being idle for 5 minutes to conserve batteries. The Yongnuo Speedlite Transmitter YN-E3-RT is a transmitter for wireless flash shooting. It can control up to 5 groups (15 units) of speedlites that have a wireless multiple flash shooting function using radio transmission. The transmitter also has dust and water resistance equivalent to the EOS-1D series cameras.

Typically replies within a few hours

Typically replies within a few hours

See all of Conor's reviews

Other items from Conor