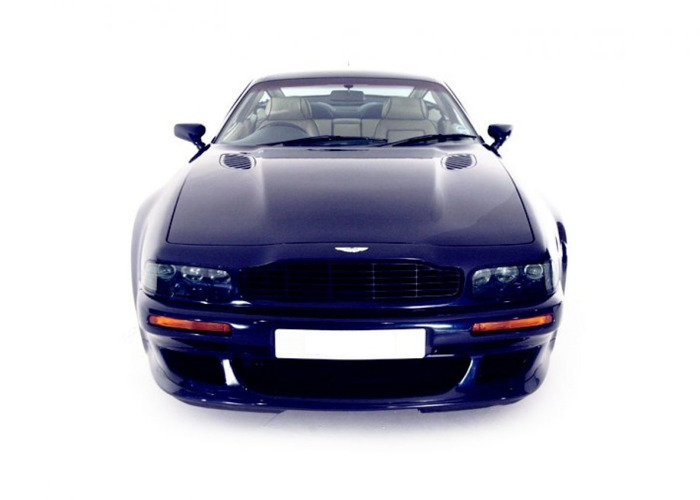 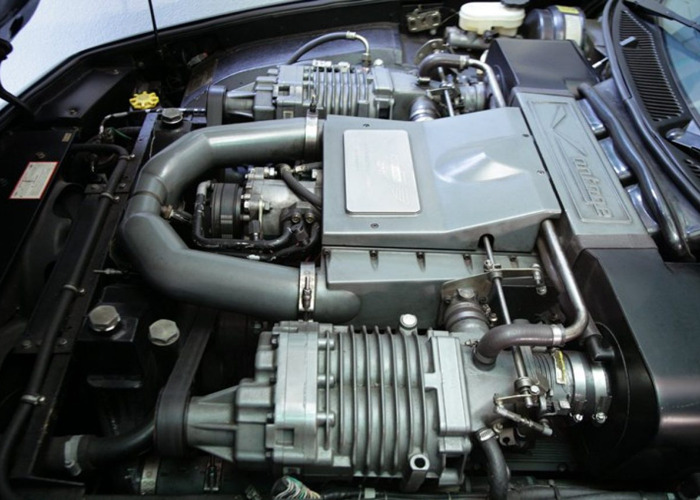 'Brutal' was a word used more than once to described the fastest Aston Martin ever on its introduction in 1993, but as the Vantage had no less than 550bhp available to propel its two tons, the choice can only be judged fair comment. After almost 20 years in production, Aston's V8 had been updated for the 1990s as the Virage, body design being entrusted to Royal College of Art tutors Ken Greenley a...nd John He ernan. A consummate fast tourer, the Virage left room at the top of the range for an out-and-out sportscar, hence the Vantage. Although the two models appear superficially similar, few panels were shared and beneath the skin the Vantage chassis boasted the kind of extensive re-engineering required to cope with the massive increase in performance. The latter came courtesy of a blown version of Aston's 5,340cc V8, twin mechanically driven Eaton superchargers being preferred to turbo-charging on the grounds of superior throttle response. Quite apart from its stupendous maximum output, remarkable enough in itself, the engine was monstrously torque, producing 550lb/ft at 4,000rpm, a figure that made even the mighty Chrysler Viper V10's 450lb/ft seem puny by way of comparison and the ZF manual gearbox's six-speeds an unnecessary luxury. Registration no: N181 XRJ Chassis no: 70133 Engine no: 590/70133/M Passenger Seats: 4