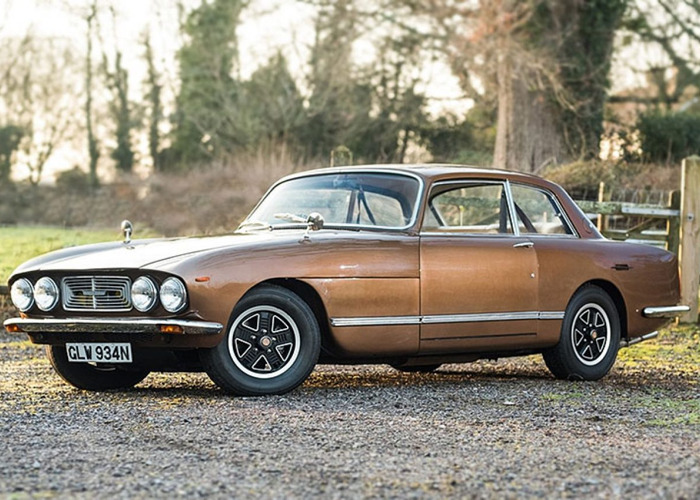 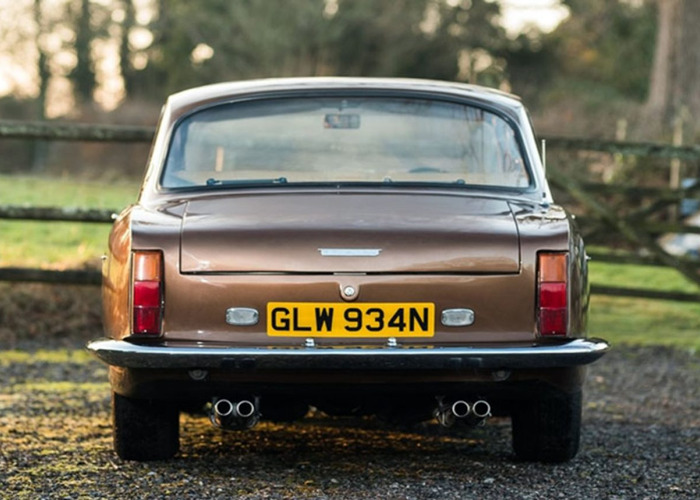 The Bristol 411 was built from 1969 until 1976. It was the fifth Bristol model to feature a Chrysler V8 engine, however the 411 introduced a much larger 6277cc V8. It was more powerful than the previous models and boasted a top speed of 143mph. A limited slip differential was fitted to cope with increased power. Over the seven years it was produced there were a number of changes; the Series 2 came... with self-levelling suspension and the Series 3 introduced a new design for the car with the four headlamp design. A lower compression ratio was introduced too. For the Series 4, a larger 6556cc engine was used. The famous Avon Safety Wheels were also made available. These had been successfully demonstrated on a Bristol 411 by staging a blowout at 144mph; the tyre did not detach from the rim, nor did the driver lose control of the car. The Series 5 had some further design tweaks and introduced inertia reel seat belts. This lovely righthand drive example is finished in Autumn Bronze with warm stone leather interior. This is truly an outstanding example of a British gentleman's motor car. Registration no: GLW 934N Chassis no: 411-7734488 Engine no: H400-HC10831 Engine: 6566cc V8 0-60 mph: 7.8 seconds Top Speed: 140 mpg MPG: 12-15 mpg Passenger Seats: 3