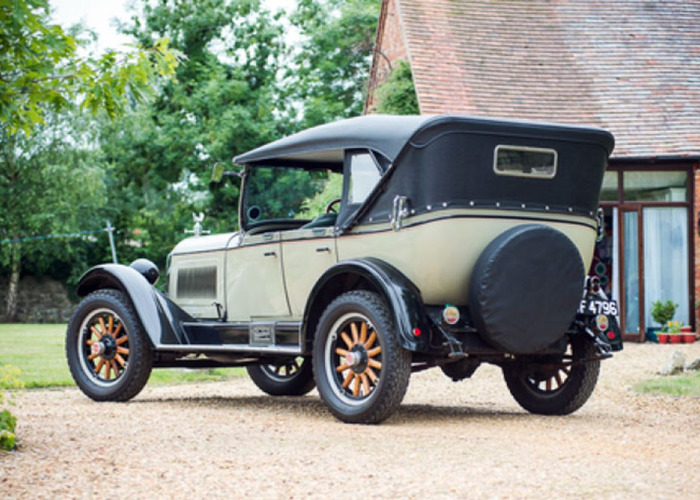 The Falcon-Knight was produced between 1927 and 1928 by The Willys-Overland Company of Toledo, Ohio. The cars were well received with a remarkable reputation for all-around performance and the sales were notably high. The Falcon-Knight was intended to fit in pricewise between the Willys Whippet and larger Willys Knight ranges and was priced $1250, $100 less than the Willys Knight. A six cylinder K...night sleeve valve engine powered it. Except for the engine much of the car is actually the same as the Model 93A Whippet, with many parts being interchangeable. In January 1928, a new Model 12 was announced with mainly cosmetic changes. The last cars were made in March 1929 after which the plant made truck parts. Purchase in 1927 from Ipswich, Queensland, Australia it was used up until the owner went to war. However he did not return and the car spent its time in the widow's shed until the late 1960's when it was bought by a man from Brisbane. It was showing just 28,000 miles on the clock and completely original with its factory tool kit and handbook still intact. It was then sold on to a gentleman for use as a wedding car, however this didn't happen and it was sold to an engineer who intended to restore the Knight back to its former glory. It was to sit untouched, now showing 37,000 miles, for 25 years until 1996 when the Falcon-Knight was sold to a neighbour who embarked on fully restoring the car until its completion in 2001. Registration no: BF 4796 Chassis no: 11400 Engine no: 11857 Engine: 2580cc Passenger Seats: 4