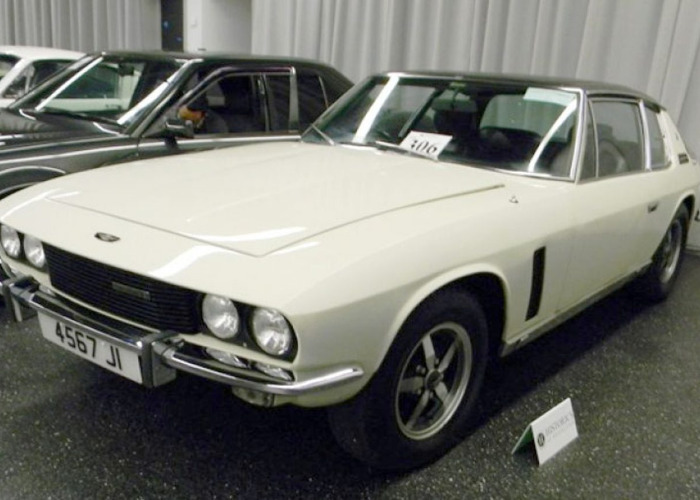 Shown at the October 1966 Earls Court Motor Show alongside the technically advanced four wheel drive FF, the Touring of Milan designed Interceptor was quite a sensation and received much praise. The fact Jensen had in the space of a year produced two completely new models was also outstanding; particularly as the two companies involved in the project were 680 miles apart. The original design penne...d by Touring of Milan was taken to Vignale of Turin who had the capability to produce the car in much higher numbers than Touring. Fully trimmed and painted bodyshells were delivered from Italy for assembly at West Bromwich by October 1966. The original cars built by Vignale in Italy required much work inside and out to meet the quality standard required by Jensen; eventually the contract was terminated and Jensen started producing the cars themselves at West Bromwich. For the October 1969 Motor Show, a Mk. II version of the Interceptor and FF were displayed. Changes to the rear lights having a larger flatter area and no chrome trim, new slimmer bumpers and flatter overriders were amongst the many improvements that were introduced; the largest being a completely new interior. With the introduction of the SP, the Interceptor gained the same interior and exterior treatment becoming the Interceptor Mk. III and was the most successful achieving the highest production figures of any Jensen. Registration no: 4567JI Chassis no: 136/9174 Engine no: 3C 12063 Passenger Seats: 4