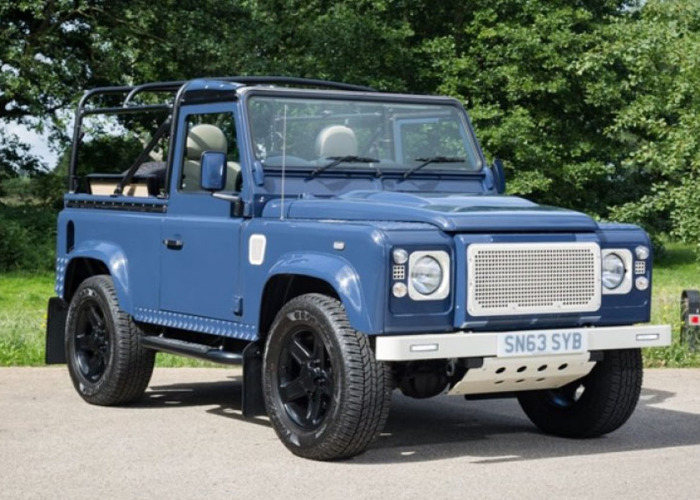 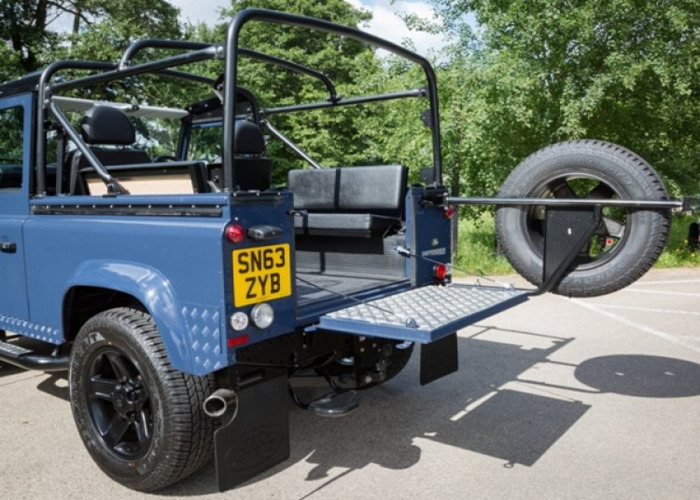 The Land Rover Defender was launched in 1948 and, incredibly, production only finished in January 2016 after a continuous run of 67 years. Outwardly, there is little to distinguish the post-1983 vehicles from the Series III Land Rover. A full-length bonnet, revised grille, plus the fitting of wheel arch extensions to cover wider-track axles are the most noticeable changes. Internally, coil springs... offered a more comfortable ride and a permanent four-wheel drive system derived from the Range Rover featuring a two-speed transfer gearbox with a lockable centre differential. A modernised interior and a new series of progressively more powerful and modern engine characterised things under the skin. This 2013 Defender 90 120ps has the six speed manual gearbox and was a demonstrator with just one owner since. Specified and designed to a unique Heritage style in Land Rover Tamar Blue with Old English White, this example has a raft of extras and modifications including 19'' Matt boosts alloy wheels, a leather Momo steering wheel and heated HUE seats. Registration no: SN63 ZYB Chassis no: SALLDWRP7DA443242 Engine no: 130724132515DT224 Engine: 2198cc Passenger Seats: 4