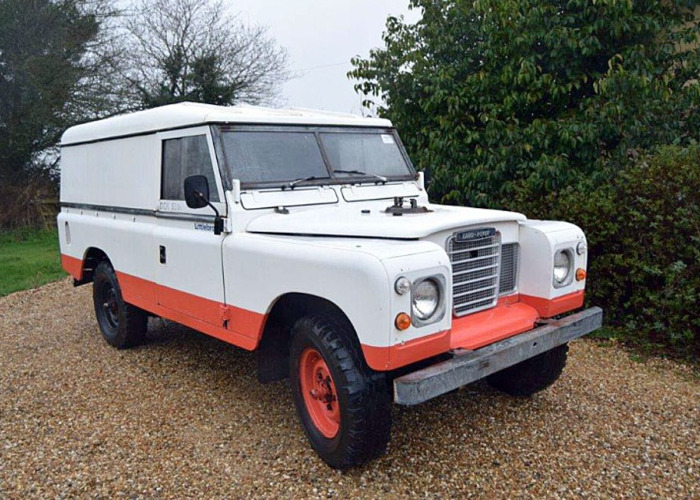 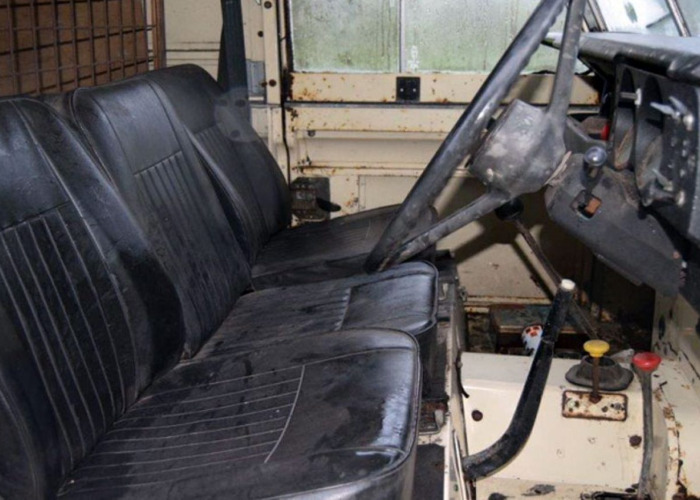 The Land Rover Series I, II, and III (commonly referred to as series Land Rovers, to distinguish them from later models) are off-road vehicles produced by the British manufacturer Rover Company that were inspired by the US-built Willys Jeep. In 1992, Land Rover claimed that 70% of all the vehicles they had built were still in use. The 1 Ton 109 inch was produced from 1968 to 1977, covering late II...A and series III Models. It was basically a Series IIB Forward Control built with a standard 109 in body, featuring 2.6-litre petrol engine, lower ratio gearbox, ENV front and rear axles, (Salisbury front and rear on later Series IIIs) though some late IIAs were fitted with ENV axles in front and Salisbury on the rear. Later series IIIs had a Rover type front axle with uprated differential. The chassis frame was unique to the model and featured drop-shackle suspension similar to the military series Land Rovers. 900x16 tyres were a standard feature and these machines were commonly used by utility companies and breakdown/recovery firms. Only 170 IIA and 238 Series IIIs (1 Ton) were built for the home market. Export markets had even fewer examples, making this one of the rarest types of Land-Rover ever built. Registration no: DGK 551X Chassis no: SALLBCAH1AA154461 Engine no: 36609370 Engine: 2286cc Passenger Seats: 4