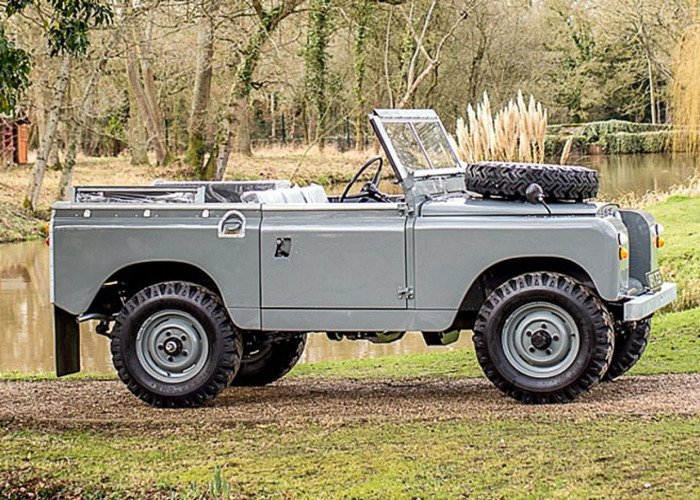 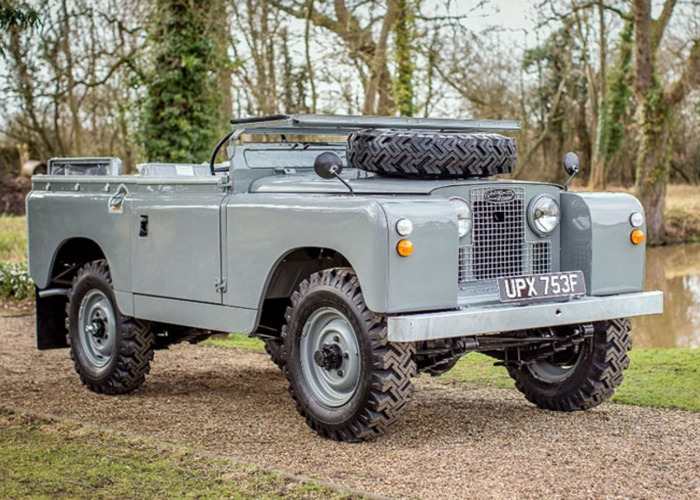 The Land Rover Series IIA is considered by many to be the hardiest Series model constructed. It is also quite possibly the model that features most strongly in the general public's perception of the Land Rover, from its many appearances in popular films and television documentaries set in Africa throughout the 1960s, such as Born Free. In February 1968, just a few months after its manufacturer had... been subsumed, under government pressure, into the Leyland Motor Corporation, the Land Rover celebrated its twentieth birthday, with total production to date just short of 600,000, of which more than 70% had been exported. It was whilst the Series IIA was in production that sales of utility Land Rovers reached their peak, in 1969-70, when sales of over 60,000 Land Rovers a year were recorded. Compare that with sales of the Defender in recent years which have been around the 25,000 level since the 1990s. The vehicle has an Exmoor trim full canvas roof and hoop set made which looks fantastic contrasting with the Welsh Grey bodywork colour. Exmoor trim seats front and rear, gear lever gaiters and new gear knobs finish off the stylish interior together with rubber mats front and rear including tailgate, and a re-conditioned steering wheel.This must be one of the finest examples of this iconic British 4X4; restored painstakingly to its former glory. Registration no: UPX 753F Chassis no: 27109059D Engine no: 27144455J Engine: 2.25 litre 0-60 mph: 26 seconds Top Speed: 65 mph MPG: 14.5-17.5 Passenger Seats: 6