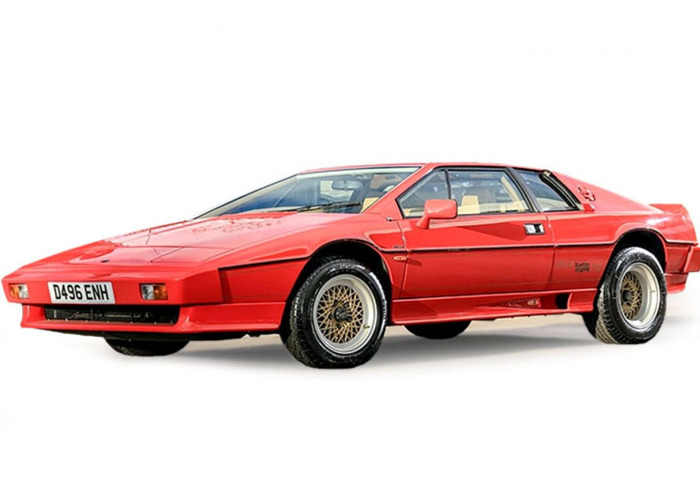 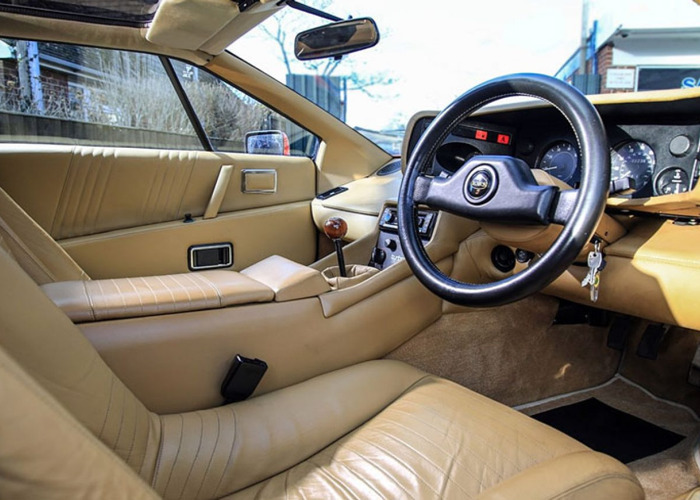 Built between 1976 and 2004, the Lotus Esprit was unveiled in 1972 as a concept car and was a development of a stretched Lotus Europa chassis.It was among the first of designer Giorgetto Giugiaro's polygonal 'folded paper' designs. Originally, the name Kiwi was proposed but, in keeping with the Lotus tradition of having all car model names start with the letter 'E', the name became Esprit. Introdu...ced in April 1981, the Turbo Esprit and Series III Esprit marked a necessary consolidation; both new models had a common chassis. The SIII continued to use the 2.2 litre, type 912 engine, whilst the Turbo Esprit reverted to a less complex wet-sump lubrication system, retaining the power and torque outputs of its dry-sump predecessor.The interior for both cars was revised and featured new trim; combined with changes to the body moulds this resulted in more headroom and an enlarged footwell. Externally, the Turbo Esprit retained the full aerodynamic body kit of the Essex cars and featured prominent 'Turbo Esprit' decals on the nose and sides. Registration no: D496 ENH Chassis no: SCC082910HHD12348 Engine no: CP910860923381 Engine: 2.2 ltr Straight 4 0-60 mph: 5.6 seconds Top Speed: 152 mph MPG: 15-25 mpg Passenger Seats: 1