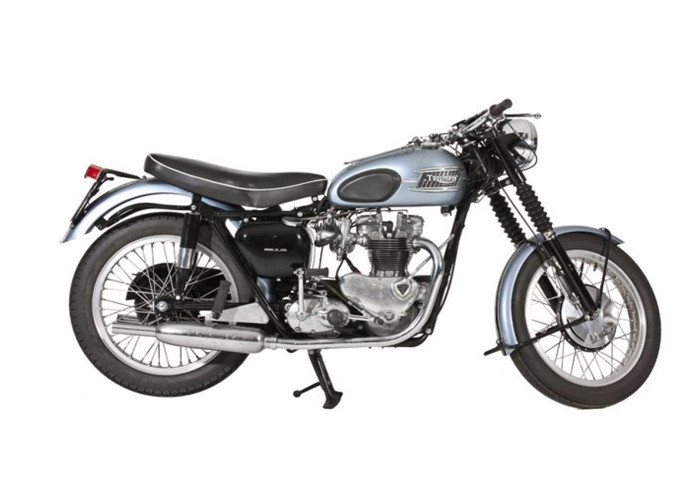 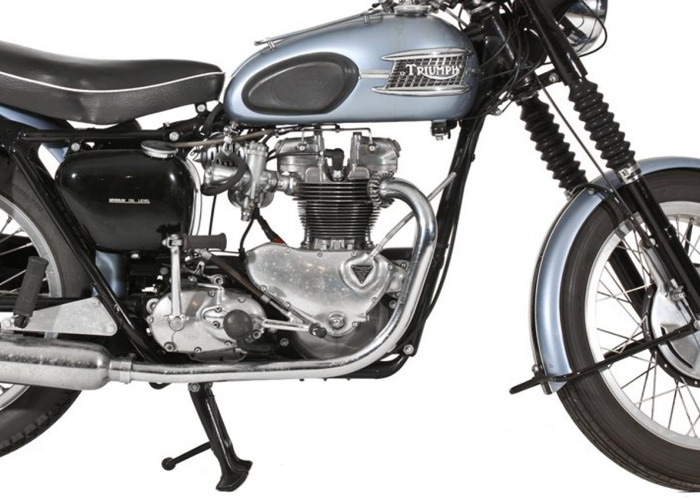 The Tiger 100 sports version of Edward Turner’s trend-setting Speed Twin was launchedin 1938, reappearing in 1946 with telescopic forks in place of the original girders, and separate dynamo and magneto instead of the pre-war version’s magdyno. An alloy cylinder head and barrel were adopted for 1951, these and other engine improvements boosting power to 32bhp, while a swinging-arm frame and 8” diam...eter front brake (first seen on the 650cc Tiger 110) were tted from 1954 onwards. A splayed-port cylinder head with twin carburettors became available from the start of the 1957 model year, and this would represent the ultimate development of the Tiger 100. The Turner twins were blessed with an engaging, tractable motor and a chassis which made strong men break out in a cold sweat. No sooner had Turner tweaked the Speed Twin to produce the 100mph Tiger than development engineer Freddie Clarke took the honours in experiencing the rst high-speed, lock-to-lock steering weave. That’s what you get if you build a 500 twin which weighs just 350lb... and it would take Triumph about three decades of gradual renement to resolve the problem. Tiger 100 in mid-1959 was replaced by the new, unit-construction Tiger 100A. Registration no: 301 UXO Chassis no: 70682 Engine no: T100/70682 Passenger Seats: 4